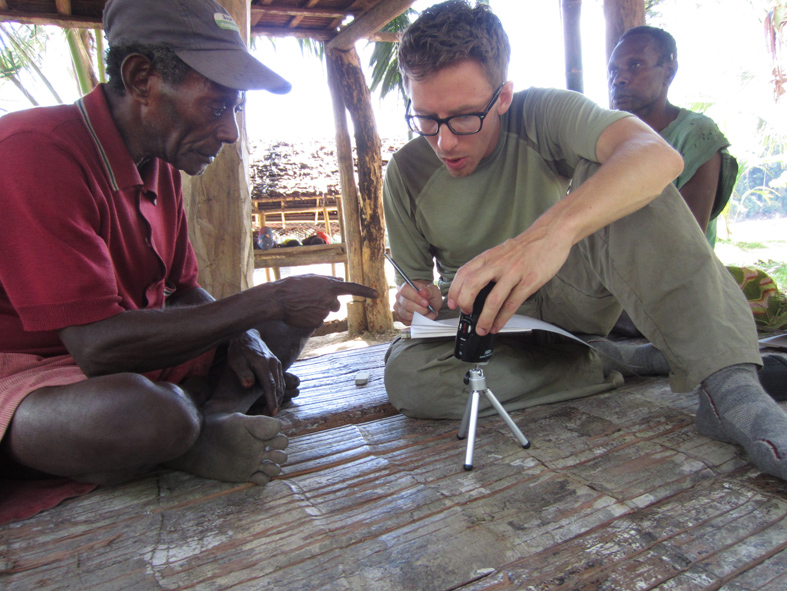 We have much to learn about the fundamental nature of language, the features shared by all languages, and the extent to which languages can vary, by observing how speakers of a wide variety of languages choose to express themselves in a multiplicity of contexts. Each new language we encounter can show us alternative ways of conceptualizing experience, of categorizing distinctions and ideas, of managing the flow of information, and of interacting verbally. Faculty, students, and visitors in the UCSB Department of Linguistics place high value on in-depth experience with individual languages and are carrying out work with languages spoken all over the world. Among the most active areas of research at present are the languages of the Americas, Austronesia, the Caucasus, East Asia, and the Himalayas, as well as Papuan languages and varieties of English.

Languages of the Americas 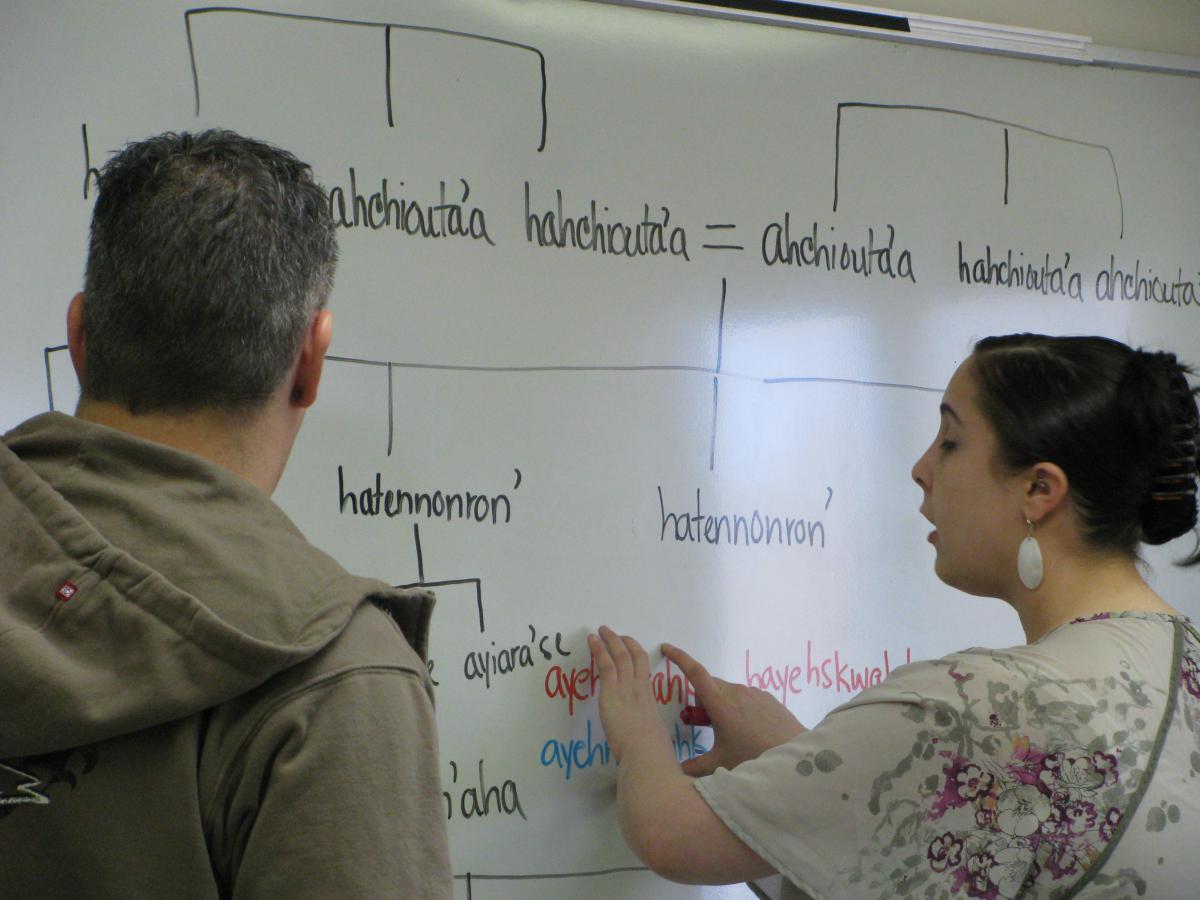 The Americas are home to a vast array of languages exhibiting tremendous genetic and typological diversity. At least 2,000 mutually unintelligible languages were once spoken in this hemisphere, comprising nearly 200 genetically distinct families and isolates. Numerous structures occur here that are rare or only weakly developed elsewhere in the world. Many of the languages are still undocumented or underdocumented, but nearly all of those still spoken are endangered. Work with indigenous languages of North America, Middle America, and South America is an especially lively area of research at UCSB. A number of faculty and students are involved in ongoing projects documenting languages and exploring their unusual features and interrelationships, as well as assisting in community preservation and revitalization projects, lending technical support to literacy programs, preparing language curricula, and training native language teachers and researchers. In addition to the general courses in linguistic analysis (phonetics, phonology, morphology, syntax, discourse), which typically include substantial illustrative material from American languages, the year-long intensive course in field methods, and courses in typology, the department offers more specialized courses in grammar writing and seminars in American Indian languages. The NAIL (New Adventures with Indigenous Languages) Group is an active, student-run group that meets informally on a regular basis in which members share field experiences, discuss issues of current interest, and host visiting speakers. Every spring the same group puts on WAIL (Workshop on American Indigenous Languages), a small international conference aimed particularly at younger scholars engaged in field research. 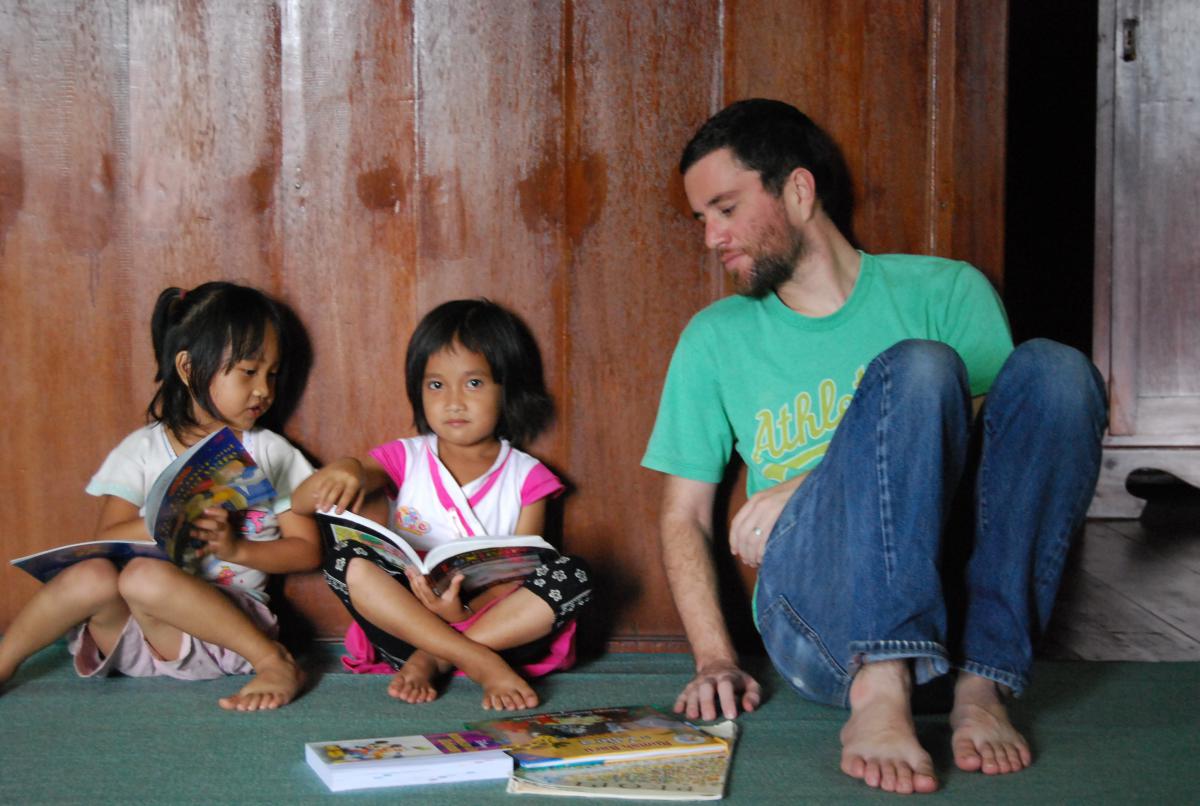 The South Pacific is home to the largest language family in the world. Austronesian languages are spoken from Madagascar eastward through the Philippines and Indonesia to Polynesia, and from Taiwan and Hawaii southward to New Zealand. Although the more than one thousand languages can clearly be seen to be related genetically, they show fascinating typological variation. Some are nearly isolating, while others are polysynthetic. Some show clear nominative/accusative patterning (with subjects and objects), others show clear ergative/absolutive patterning, some show agent/patient patterning, and many show still other patterns or pattern combinations. Many show strong predicate-initial constituent order, but many others show strong Subject-Predicate-Object order. Austronesian languages raise intriguing questions about the universality of what many linguists consider a language universal: the distinction between nouns and verbs. A number of faculty members, visiting scholars, and doctoral students are actively working with speakers of various Austronesian languages on a wide range of topics, including phonology, morphology, lexical issues, argument categories and basic clause structure, voice alternations and their functions in connected speech, clause combining, anaphora in discourse, and more. Most of this work is based on a rich variety of genres, including not only narratives of various kinds, but also conversation and more formal oratory and political discourse. Work is also being carried out on the historical development of the languages in the family, in particular within the area of syntactic structure.

Languages of the Caucasus 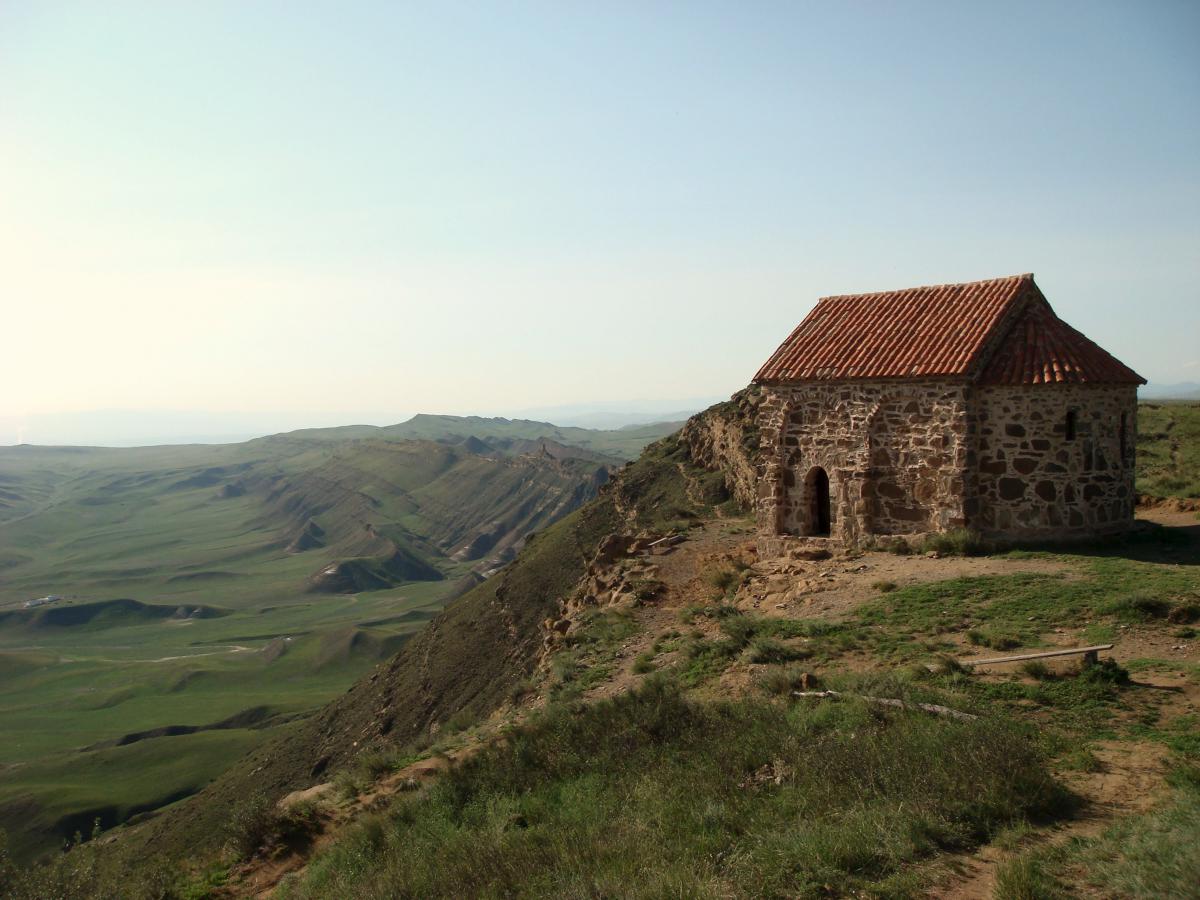 The Caucasus, at the boundary between Europe and Asia, has been known since the early Middle Ages for its linguistic diversity; Arab geographers called this area the "mountain of tongues." UCSB faculty and graduate student researchers concentrate on West and East Caucasian languages, contributing to their linguistic documentation while pursuing a theoretical and analytical focus on aspects of phonology, grammar, and typology. Research to date has identified a number of typologically unusual features in the Caucasus, including rich consonant inventories (especially ejectives and pharyngealization), elaborate gender and case systems, and complex verb morphology interacting with clause structure and systems of clause combining. In addition to representatives of language families represented elsewhere in  Eurasia (in particular, Indo-European and Turkic), the Caucasus encompasses three language families whose relations to one another and to languages outside the Caucasus remain unclear: West Caucasian (including Abkhaz and Kabardian), East Caucasian (including Chechen, Avar, and Lezgian), and Kartvelian (including Georgian). 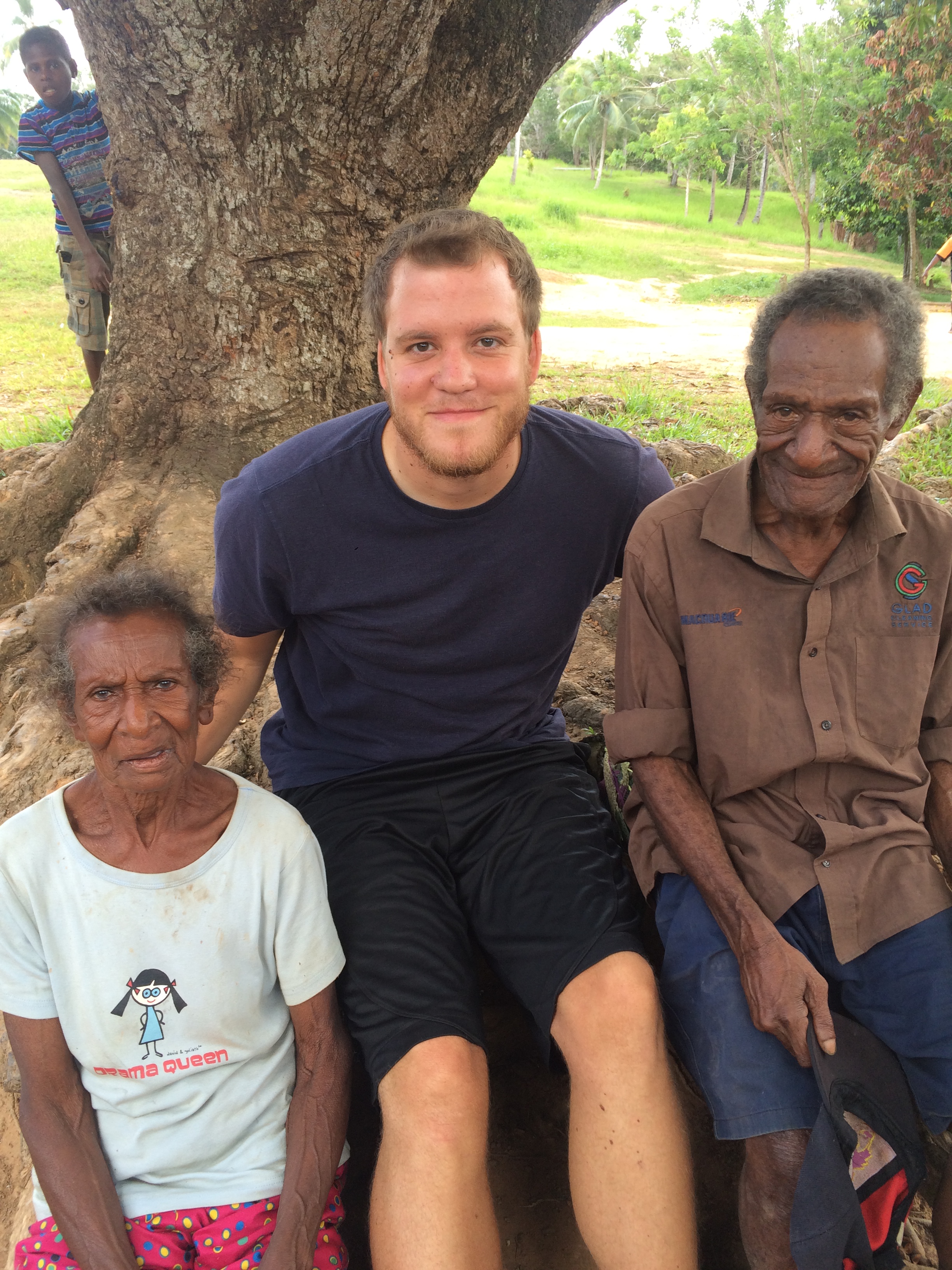 New Guinea — comprising both the state of Papua New Guinea and the Papuan provinces of Indonesia — and its surrounding islands make up one of the most linguistically diverse regions on Earth, home to a staggering number of languages from many different families. Papuan linguistics — the study of languages spoken on and around the island that are neither Austronesian nor Australian — is well represented at UCSB, with faculty and students carrying out active research projects with various communities in the region. These projects use cutting-edge fieldwork and community-based documentation to contribute to both local language maintenance efforts and linguistic theory — in typology, historical linguistics, morphosyntax, and more.

Languages of the Himalayas 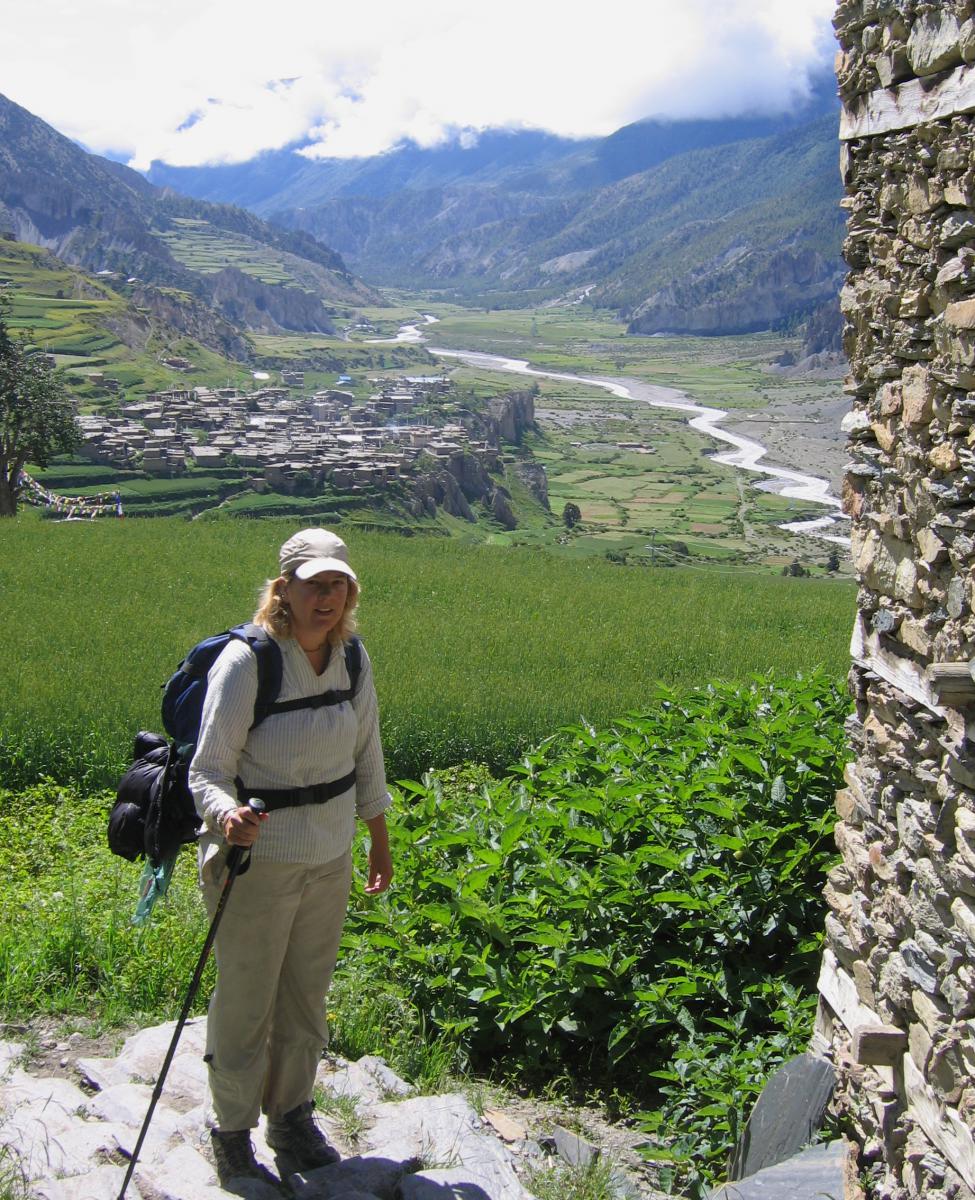 The Himalayas afford a fascinating area of linguistic study, especially for those interested in language documentation, historical linguistics, language contact, and linguistic typology. Scattered throughout the many peaks and valleys are numerous language communities representing hundreds of distinct language varieties, embedded in a highly complex fabric of social interaction. Most of these varieties are undocumented and many are endangered. There is an urgent need for basic documentary work. Languages of this region come primarily from two great linguistic families: Sino-Tibetan and Indo-European. Cross-cutting this distinction are distinct linguistic typologies sometimes referred to as “Sinospheric” (with features such as analytical structure, multiple tones, and serial verb constructions) and “Indospheric” (with polysyllabic structures, complex morphology, stress or word-based tone systems, and morphologically marked clause linkage). The typological patterns do not simply align with linguistic family; instead, language contact and genetic relationship have interacted to produce a complex distribution of distinct typological features. 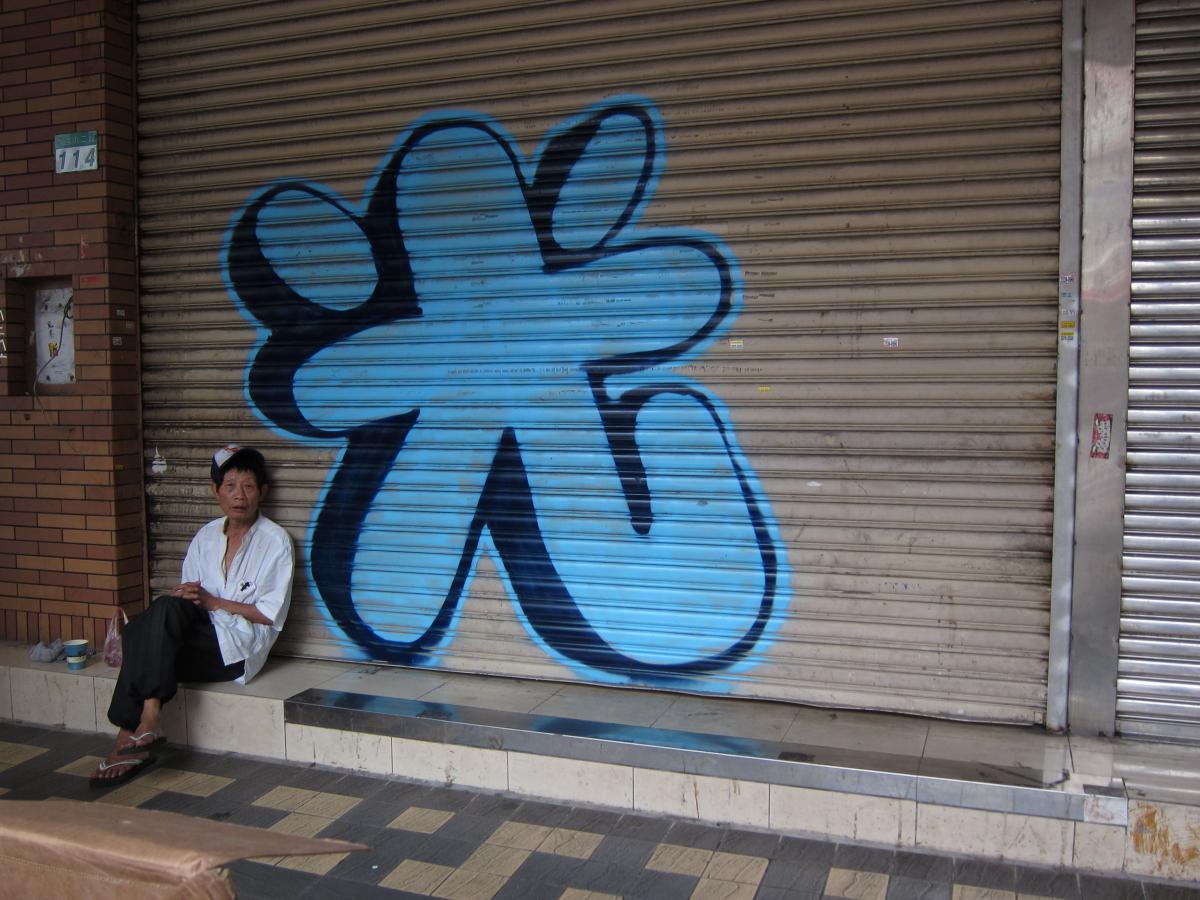 East Asia is a highly diverse linguistic area, including several prominent language families which are not obviously genealogically related, but which have been in geographical and cultural contact for millennia. Varieties of Chinese are spoken by more people than any other language family on earth. Japanese and Korean both show strong evidence of having been influenced by Chinese languages, but are typologically quite different from them. At the same time, there are striking typological similarities in the morphosyntax across Japanese and Korean, and yet they share very little in terms of basic lexicon. The East Asian area is well represented in the department, with faculty and students actively pursuing research in Japanese, Korean, and Mandarin, as well as minority languages of northern and southern China.

The study of the English language in UCSB’s Department of Linguistics is shaped by the department’s commitment to empirically investigate the full diversity of human languages. Research on English in the department includes studies of grammatical construction types and the phonological structure of prosody. It also includes sociocultural studies of epistemic and affective stance and of the use of English varieties to construct social identities. English at UCSB is not viewed as a monolithic linguistic system or a privileged source of data for the development of linguistic theory. Rather, it is approached as a language like any other and is acknowledged as embodying a complex and diverse collection of competing linguistic systems and values. As such it provides fertile ground for posing a rich array of theoretical questions. Investigations within the department focus on many different aspects of English linguistic structure and use. One tool that has been developed at UCSB for this research is the Santa Barbara Corpus of Spoken American English. Sociocultural linguistic researchers in the department examine the varieties of English spoken in the United States, such as African American English, and the California dialect, as well as situational varieties. The effects of English as a global language are also examined in departmental research on language contact, shift, and endangerment, and language ideologies.